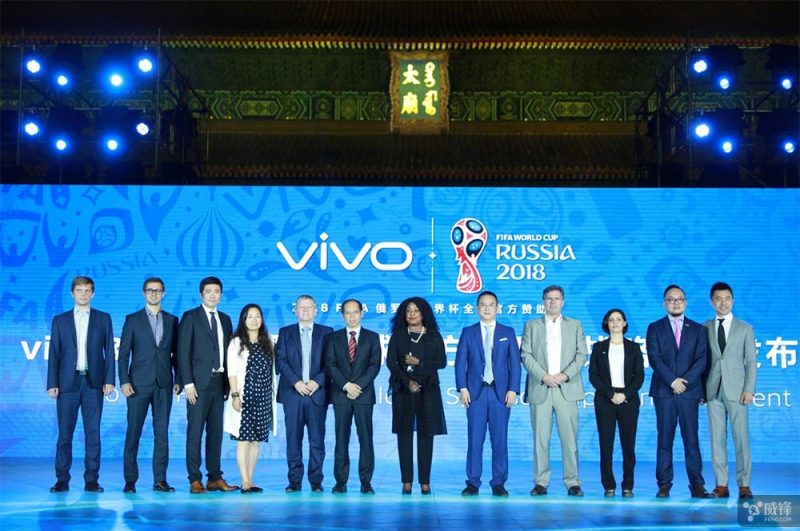 The world governing body of football, FIFA, has signed a reported US$450m deal with Chinese smartphone brand Vivo which ASN can reveal was the biggest spending brand in Asia in 2016.

The new six-year partnership will see Vivo become the exclusive smartphone sponsor of FIFA, which includes the 2018 World Cup in Russia and 2022 edition in Qatar. The company will also sponsor the 2017 and 2021 FIFA Confederations Cup tournaments.

ASN has recently completed its annual study of the leading spenders in Asia – the ASN Top 100 – and Vivo has placed number 1 with a reported aggregated spend of US$261m*. The company spent almost all of its giant budgets domestically, across 35 platforms, with a strong skew towards general entertainment programming.

Back to FIFA and despite the tarnish that its brand attracted during the Blatter era – and howls of resentment at the misuse of funds from commercial partners at the time – the sports body has managed to maintain its magnetism for leading Chinese brands, including Wanda and Hisense who have joined the FIFA family recently. This is largely attributed to China’s biggest companies moving to align to the football superpower vision of President Xi Jinping.

Fifa’s secretary general, Fatma Samoura, said: “Football and technology are coming closer by the day, on and off the pitch, and it is a great moment to start a sponsorship of this nature with the leading global smartphone brand.”

Under the deal, Vivo’s brand will appear during each match of all four tournaments in all the usual places, but the one innovative activation that the brand has hinted at so far is that it will produce a customised FIFA World Cup smartphone.

* ASN’s data only accrues fees from sponsorship activity that is intended for the Asian market. With FIFA’s platforms being global in nature, not necessarily Asia-focussed, the values are not included.

For more information on the ASN Top 100 – and how it can help with lead generation or competitor analysis – contact ASN on info@asiasponsorshipnews.com.

Vivo Set To Sever Ties With IPL Due To Political Pressure

Vivo Completes 180 Comeback By Endorsing THE Icon Of Indian Sport