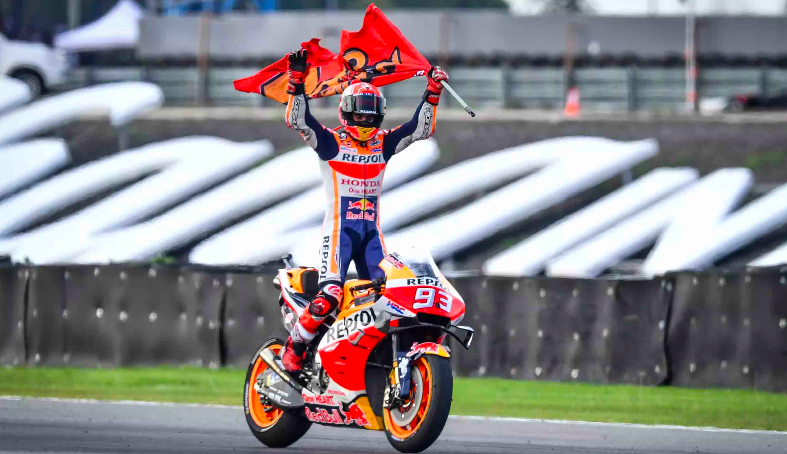 MotoGP is poised to continue its Thai stint with the country’s government expected to approve a new race contract extension next month, according to Sports Authority of Thailand (SAT) governor Gongsak Yodmani.

The race’s current contract with Dorna Sports, the global motorcycling series’ promoter, is due to expire after Thailand hosts its next MotoGP race in 2020. But Dorna is reportedly pushing for a five-year extension, with Gongsak telling the Bangkok Post the company has already submitted documents and conditions for consideration by the government.

Economic and tourism benefits arising from hosting for five more years should also be ready for submission to the cabinet for consideration by next month, Gongsak added. “Thailand has massively benefited from hosting MotoGP,” he said. “A contract extension should be complete after the cabinet approves it in November.”

According to an estimate by the country’s Tourism and Sports Ministry, reported by the Bangkok Post, this year’s Thailand Grand Prix in Buri Ram recorded a slight jump in spectators. A total of 226,655 people apparently attended from Friday to Sunday; 4,120 more than last year.

For the new deal, SAT will reportedly ask the Thai government to cover two-thirds of the annual hosting fee to help ease the financial burden on the private sector. Currently, that fee is estimated to be worth 300m baht (US$9.9m), for which the government pays a third. Chang International Circuit, the race venue, comes up with the remaining amount.

The final Thailand Grand Prix under the current agreement is set to take place in March next year, with discussions ongoing to switch it to a night race and avoid the sweltering heat.The series next visits Japan for its sixteenth round of the season on 20th October.